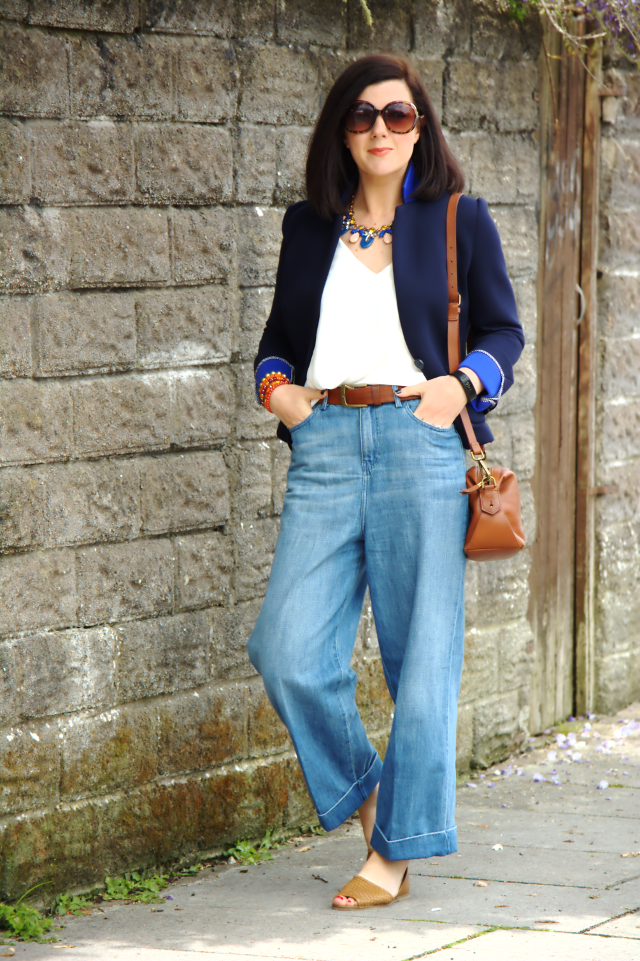 Oh yes it is. Culottes seem to be made for this inbetweeny weather we’re having here in the Uk right now. Its not warm or cold, but inbetweeny, kinda like the leg length of these trousers, which are called culottes but i’m not sure if they’re actually more of a wide leg cropped jean…. either way i really, really love them.

It took me a while to come around to the culottes trend after Brownie Uniform memories came to mind from my youth, but as long as they aren’t in brown and are a little longer then I think they are now acceptable.

On my culotte hunt i ordered this pair from Warehouse  which turned out to be absolutely dire on me. They just drowned my frame and made we look so wide I thought I suddenly became of oopma loompa stature. Those got sent straight back.

I turned to Shopbop, as although they’re American I have to say every time I’ve ordered from them they’ve actually arrived quicker than most UK companies (UPS 2 day transit from the US.. It’s impressive). And with a gift voucher in hand i got to looking for some culottey options.

My first thought was too these Madewell Wide leg Jeans but alas, not in my size.

When they arrived I tried them on straight away, they were wide but yet more streamlined than the Warehouse previous pair, making me less Oopma Loopma.

They are high waisted which really helps with the leg lengthening too as culottes can be a little shortening, and at 5ft 6″ its not a problem I’d ever encountered really, but yes midget status can easily be acquired in the wrong kinda culottes (so i had discovered).

Plus they are really-really comfy, a super soft denim which drapes nicely, but still has that fresh crease to the front which i love for smartening a pair of trousers and giving them some streamline. This only happens when i buy them as i can not iron for shit. My creases would be more like a concertina down the leg, thus missing the point.

Have you ever seen the film  Begin Again with Kiera Knightly and Mark Ruffalo? Well she plays a British musician in NYC and blah blah blah (Its a good film, go watch it), but i absolutely love her style in it. It’s so tomboy-esque, so relaxed tailoring. I love it, and pinned it a lot ( see here) for inspo.

Well these trousers kinda remind me of that style she has. I’m very much looking forward to remixing them through summer with a boxy little top too. 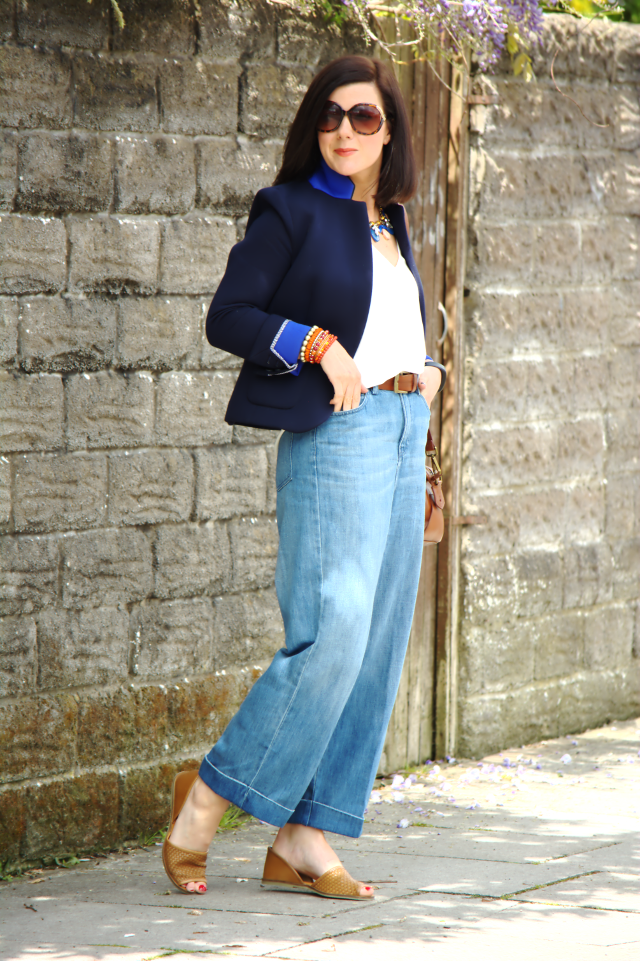 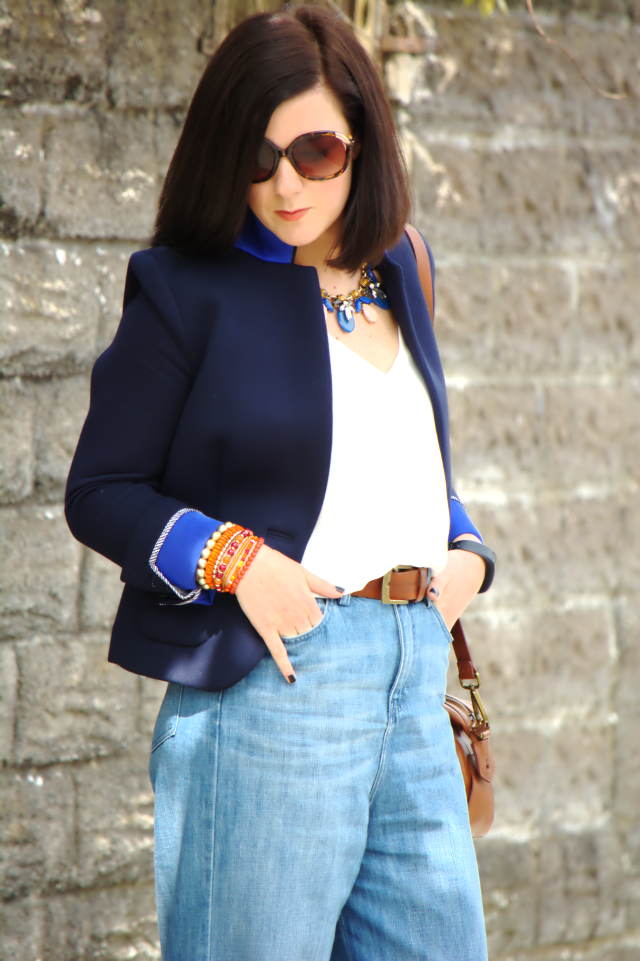 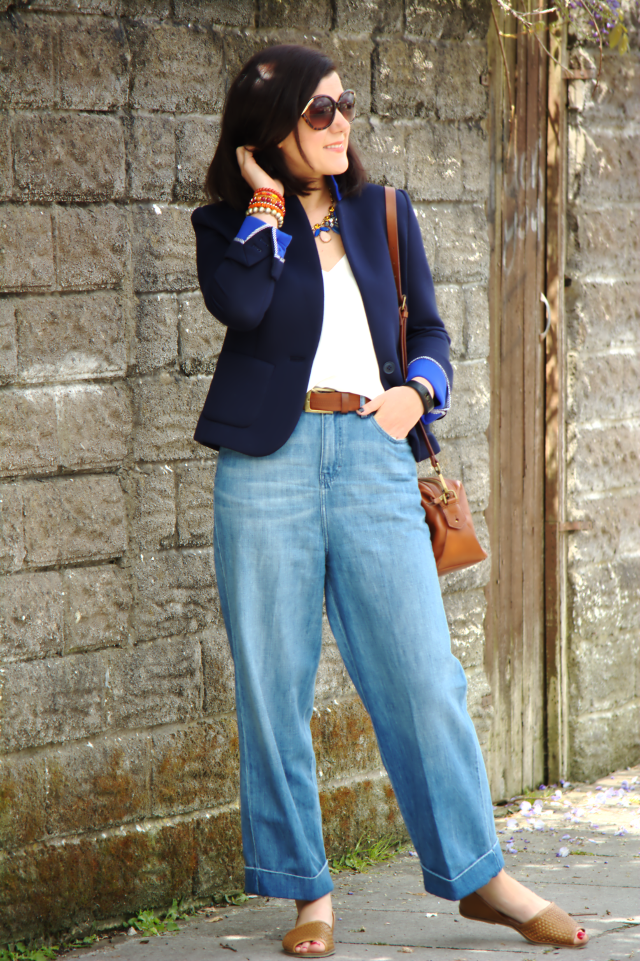 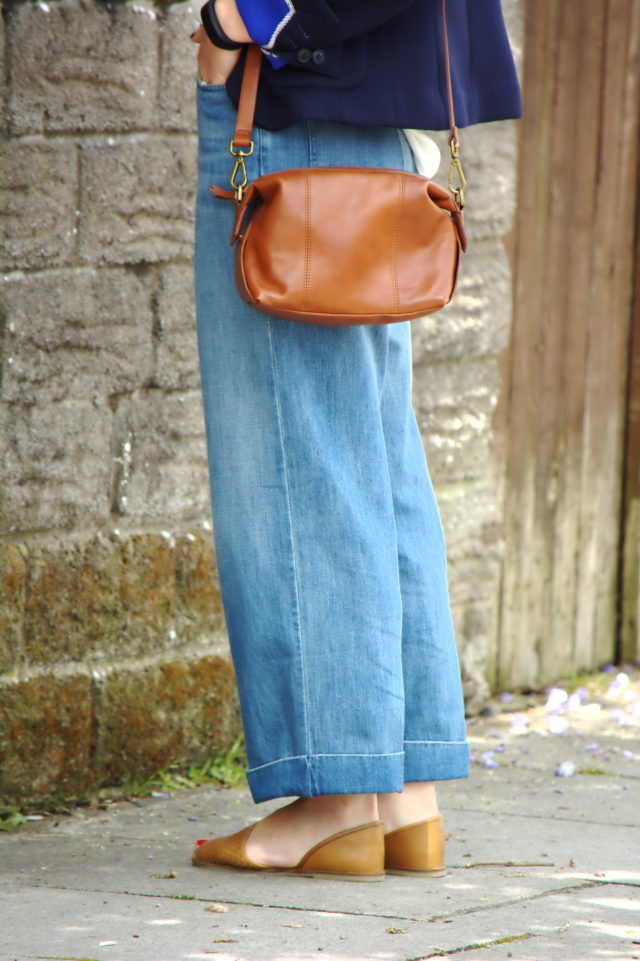 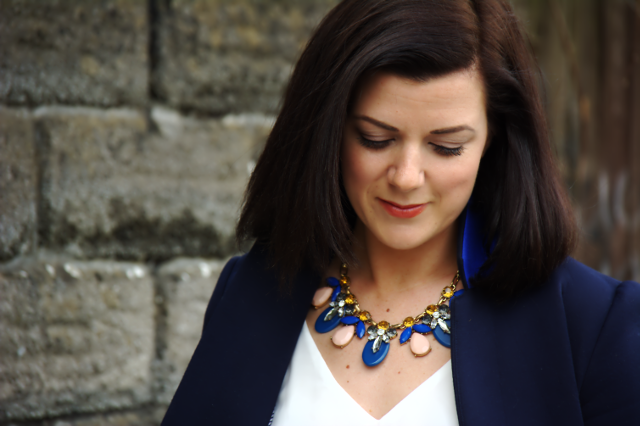 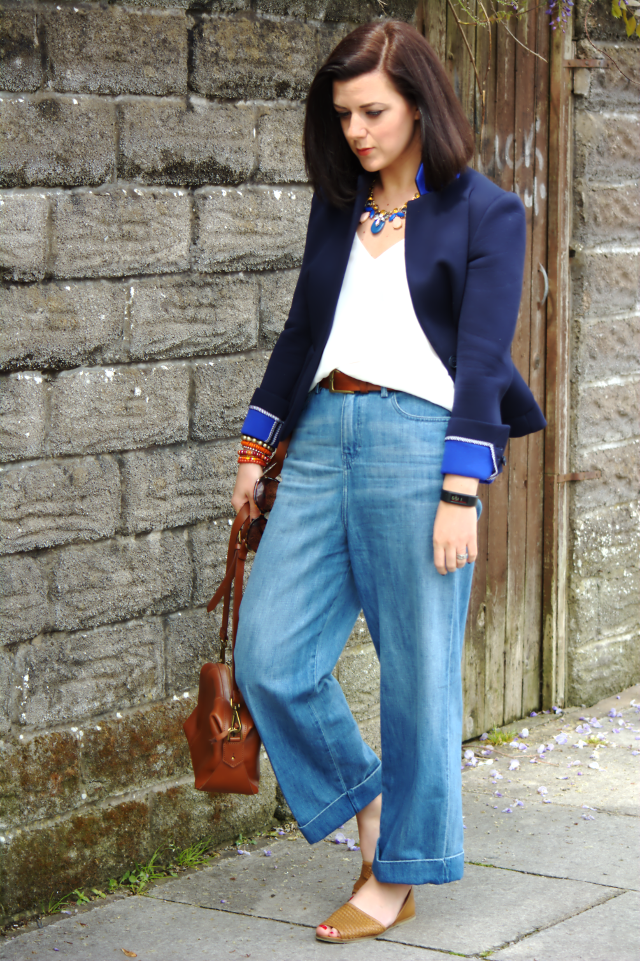 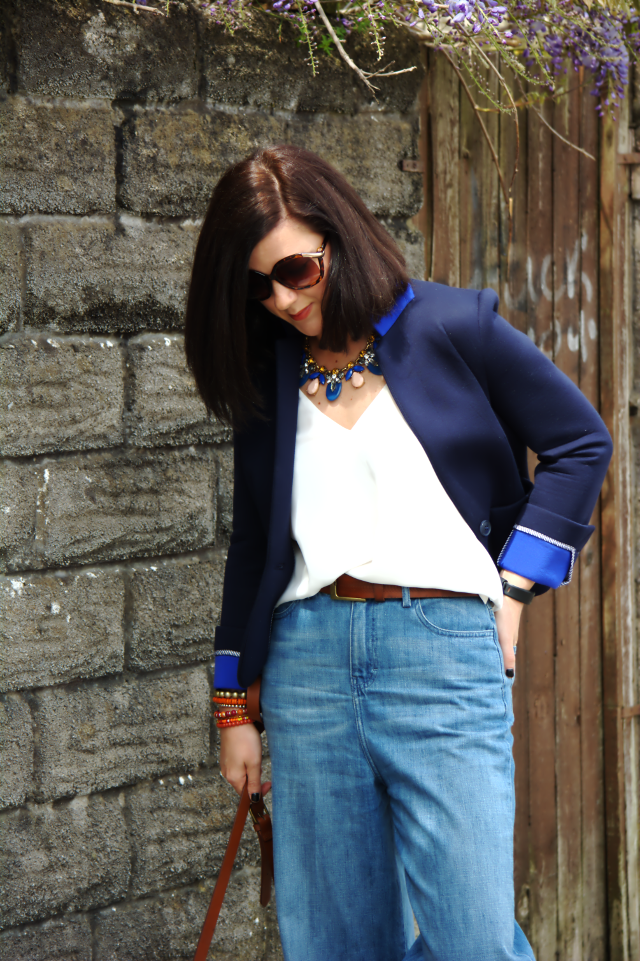 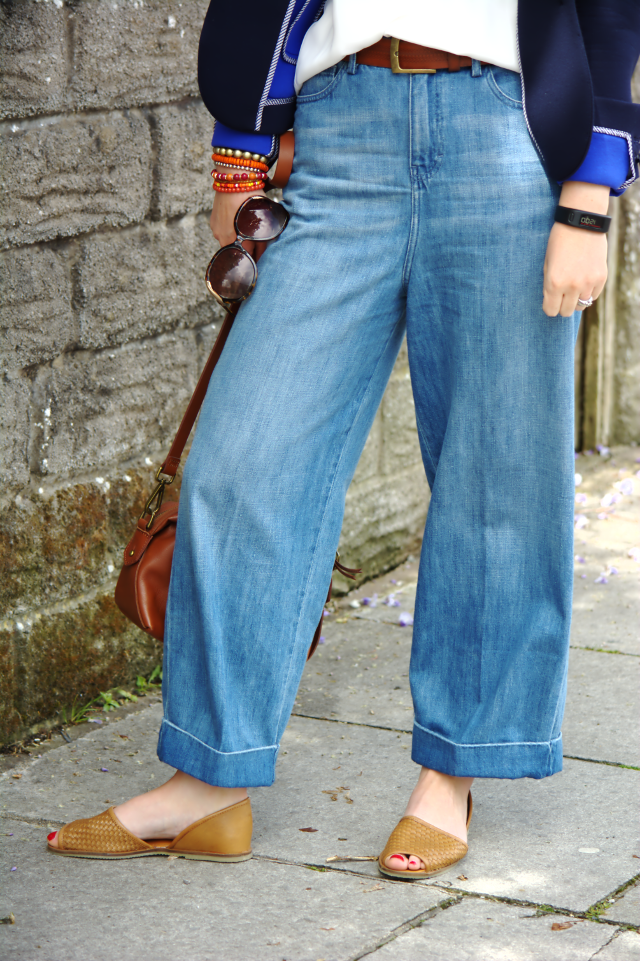 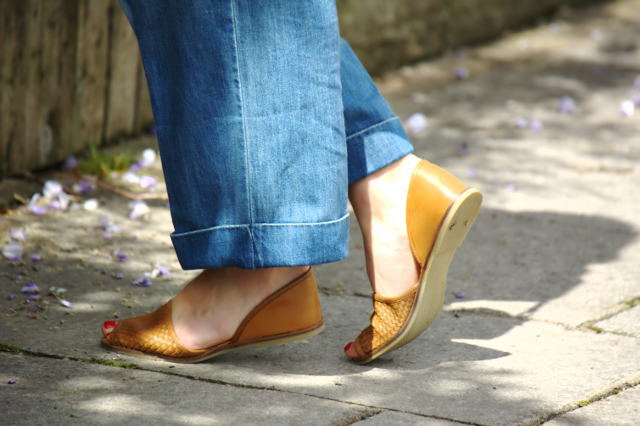 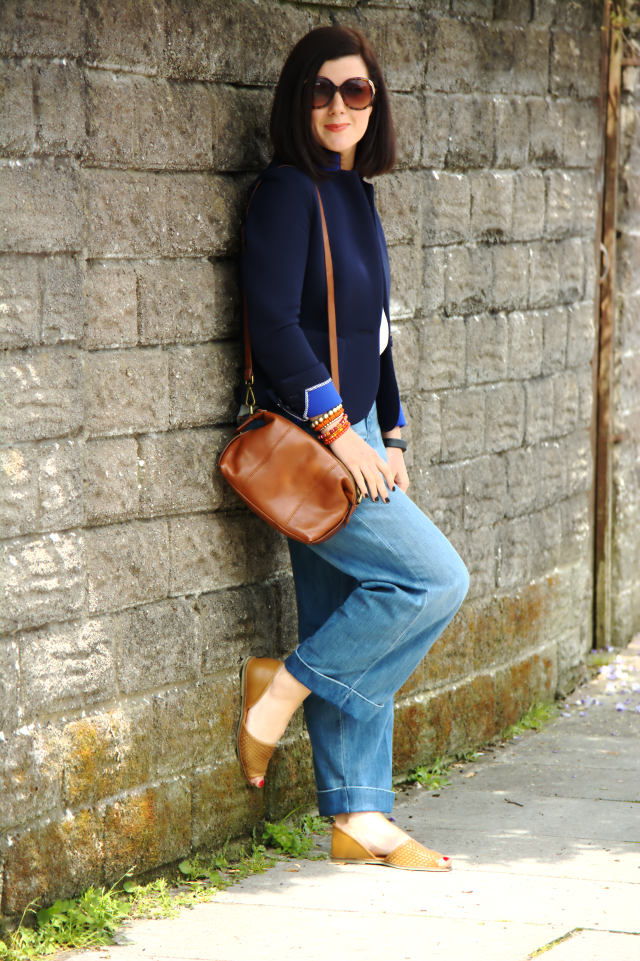 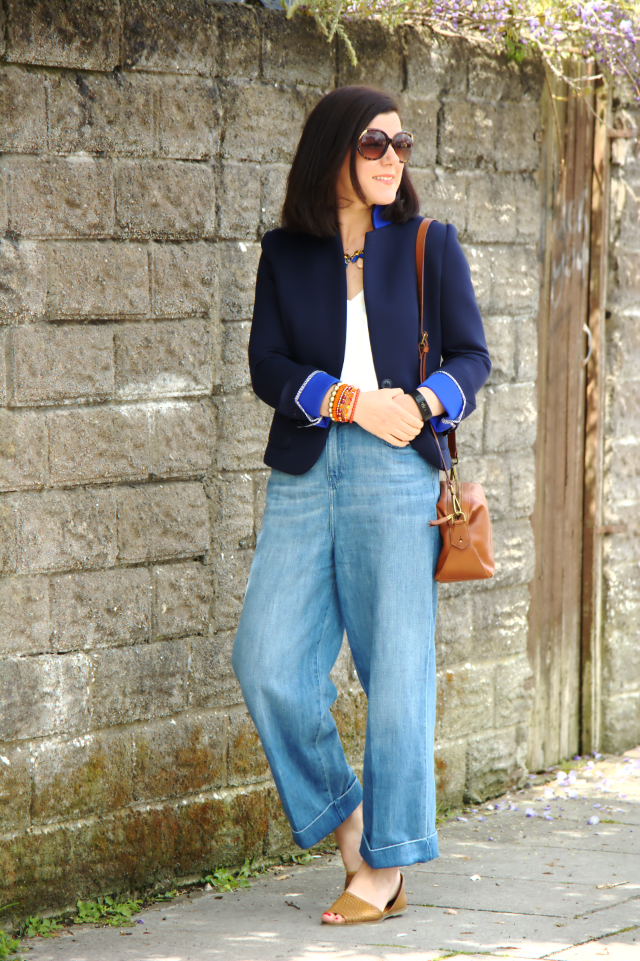 
Ps If you caught the rather pleasant message on the gate behind me in some of the photos, i do apologise on it’s behalf. The gate obviously has greeting issues. Or is just really mean.