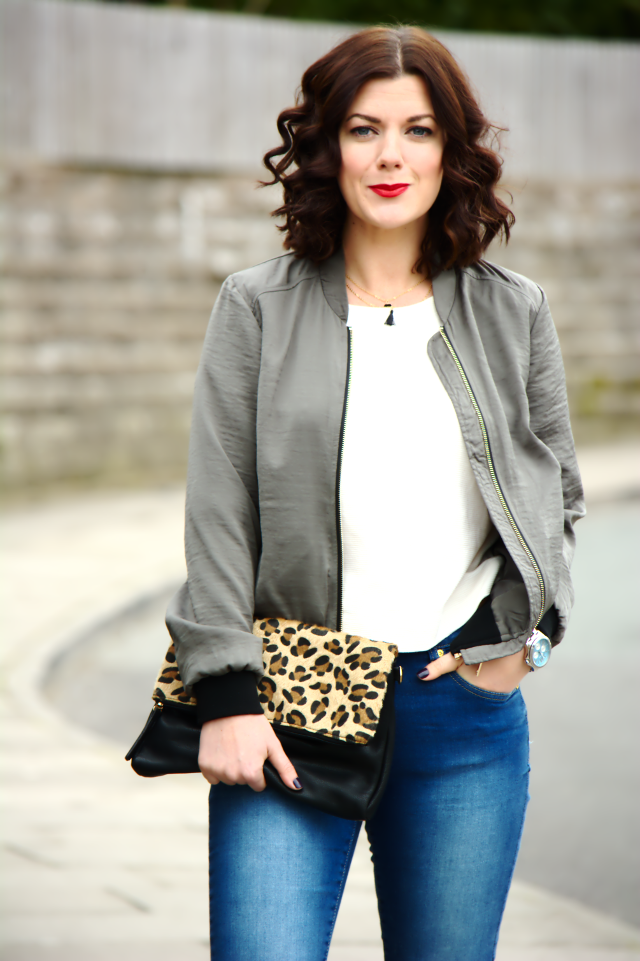 The 90’s has never been an era I have wanted to re-visit, I can sometimes be persuaded by a little 60’s retro or perhaps a smidge of 70’s boho, but the 90’s? I remember it all too clearly to want to regurgitate anything that originated from this decade. Well, that was my original thought, and I’m pretty much sticking to it, accept for this.

I was sceptical at first as I can still vividly recall the Naff co bomber jacket I begged my mum, eventually giving in and buying it for me off the market.

I thought I was the bees knees in it, I lived in it till the lining tore and my mum refused to let me go out in it any longer for fear of me looking (even more of) a gypsy. They were so trashy, I shudder at the mere thought of it. Those and Adidas 3 stripe trackie bottoms, chokers and Kickers boots are all things I gladly left behind.

But I kept seeing these rather nice updated versions of the Bomber Jacket everywhere. About 2 months ago my 13 year old stepdaughter was gazing longingly at a khaki Topshop bomber, and she asked if I would wear it. I told her she must shoot me if i ever stood within 5 feet of it as it was  a crime I must never commit.

Well someone hand her the gun as it would seem I just committed my own worst crime.

Maybe its living a little dangerously but I really like it.

Granted I have not gone for the full on shell type, padded Bomber jacket (although am seriously contemplating), but a rather chic (ok, chic to me) update on the Bomber. Not a shell suit in site.

Weirdly, its this satin feel with the black elasticated ribbing that makes this totally more accessible to me, and as I’ve mentioned previously, being a pair shape I think it actually weighs out my proportions quite nicely.

I opted for some skinny jeans (after swearing them off last week, I know- I know, apparently I’m not quite ready to quit them) and some killer red heels to avoid the overtly 90’s look, choosing to bring the look up to date and making it more wearable for me today, y’know in 2016 (by the way what will we refer to this era as? Its an odd number to shorten to a cute reference, is there one and I just don’t know it? Do tell and put me out of my misery.) 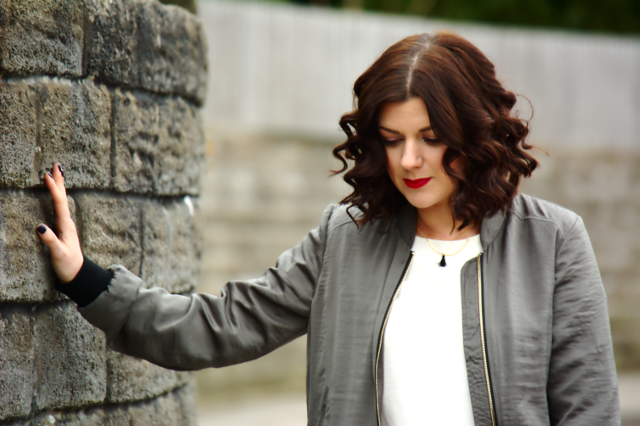 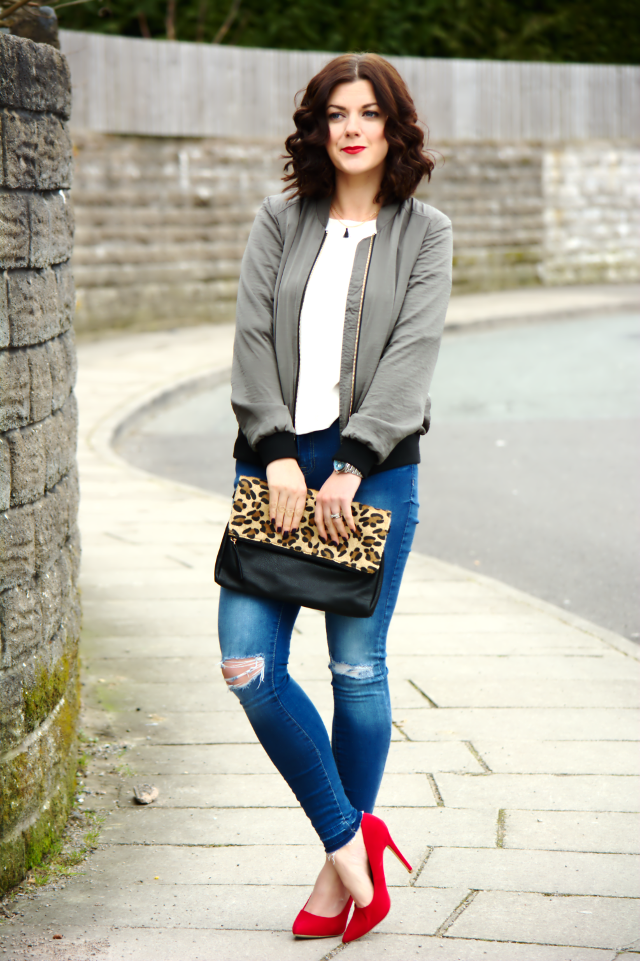 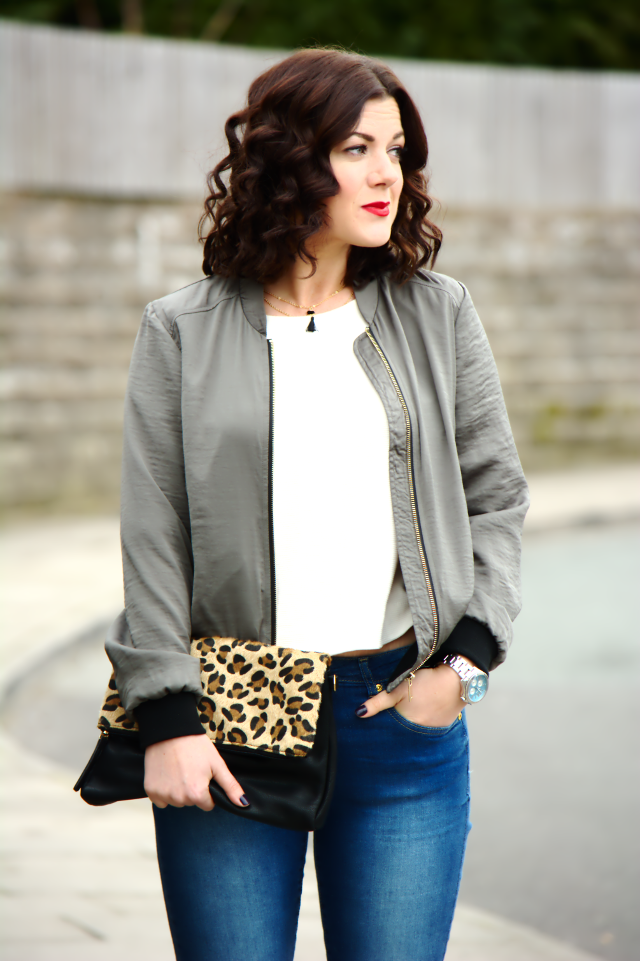 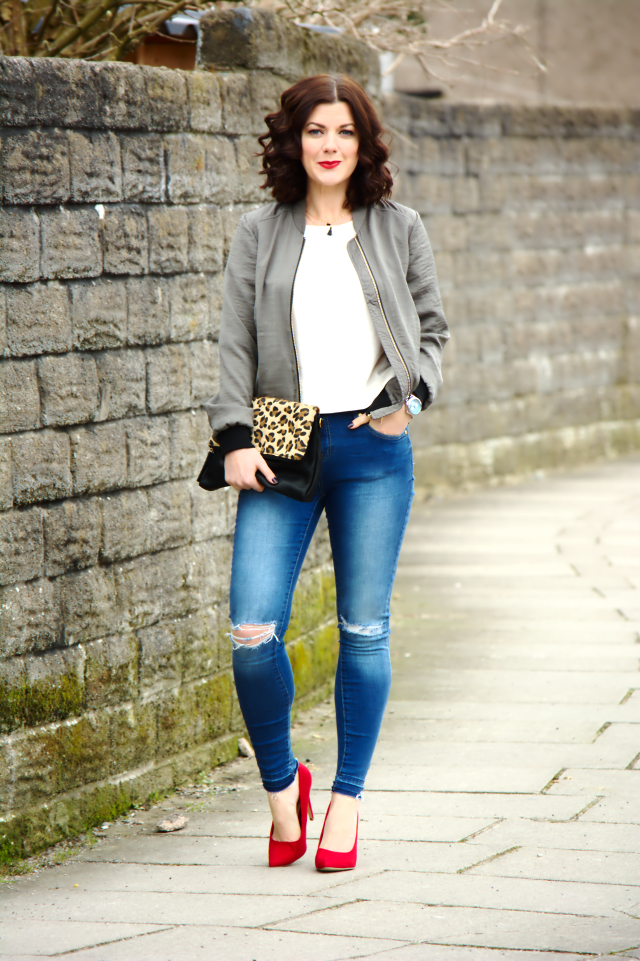 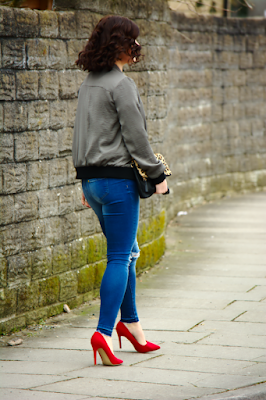 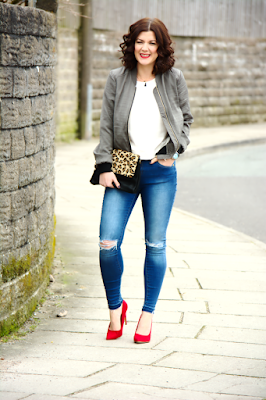 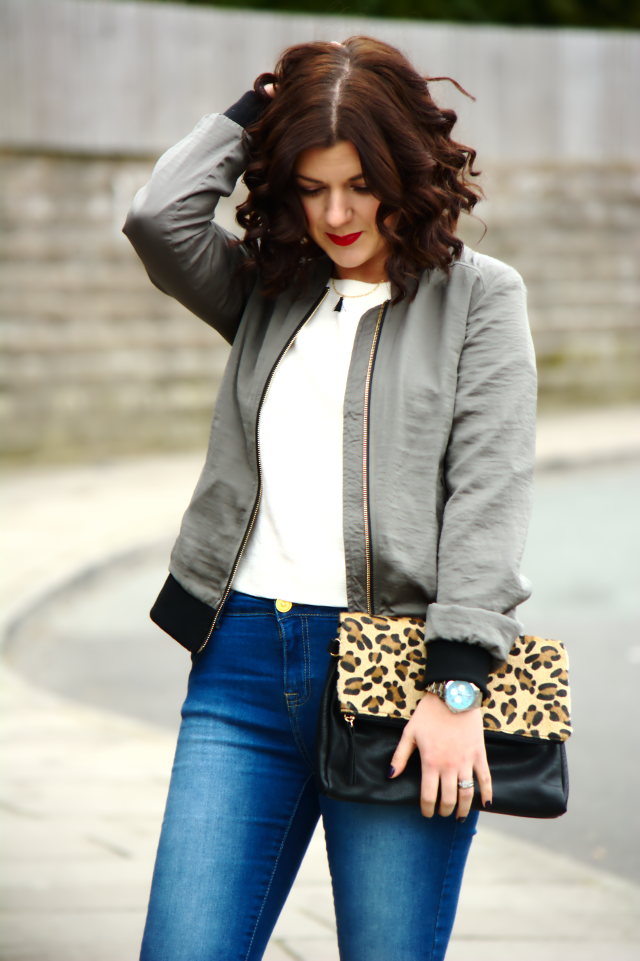 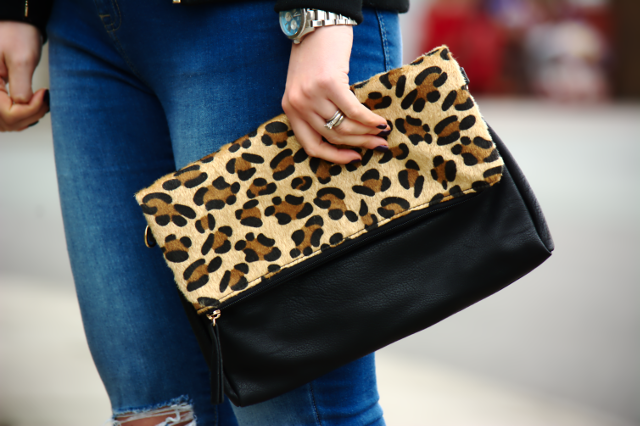 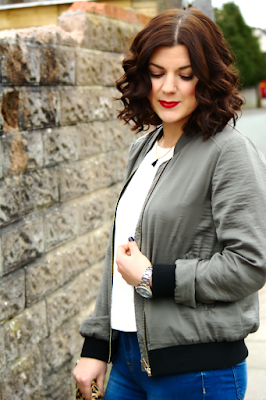 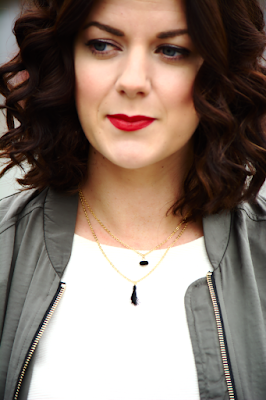 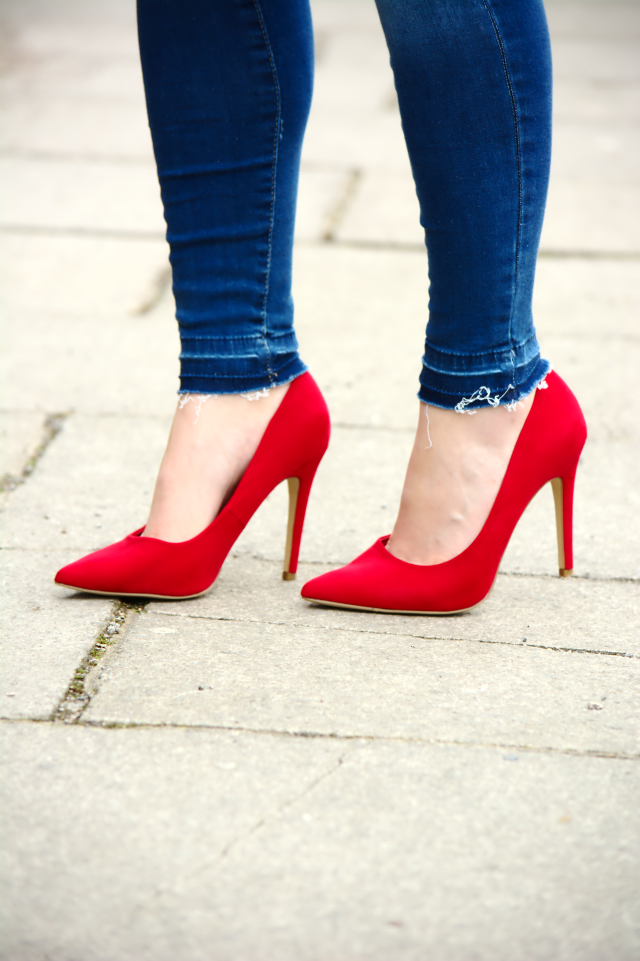 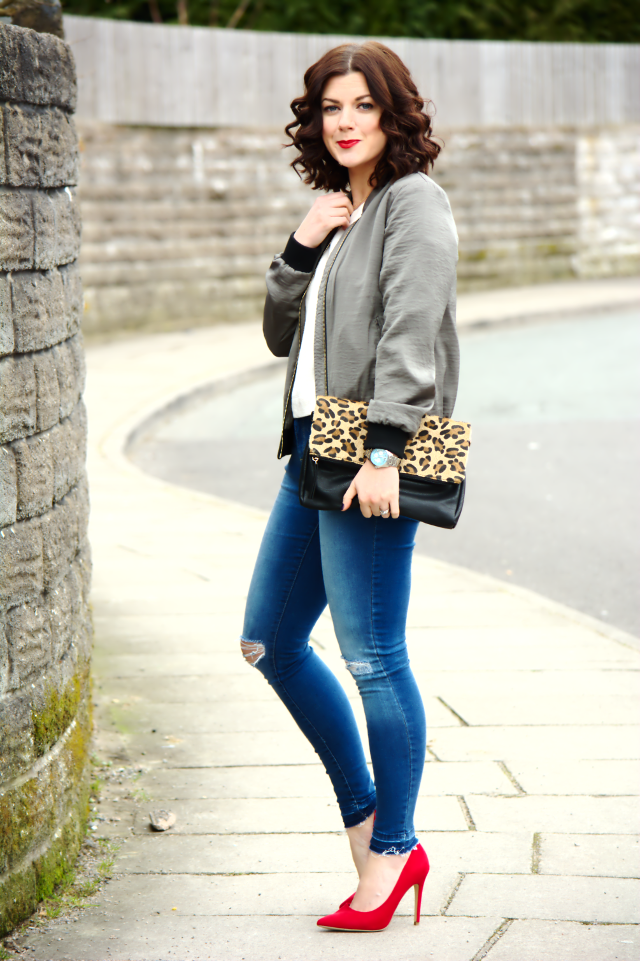 
So ladies, The Bomber Jacket. Thoughts? Do you like? Do you hate? And would you wear?