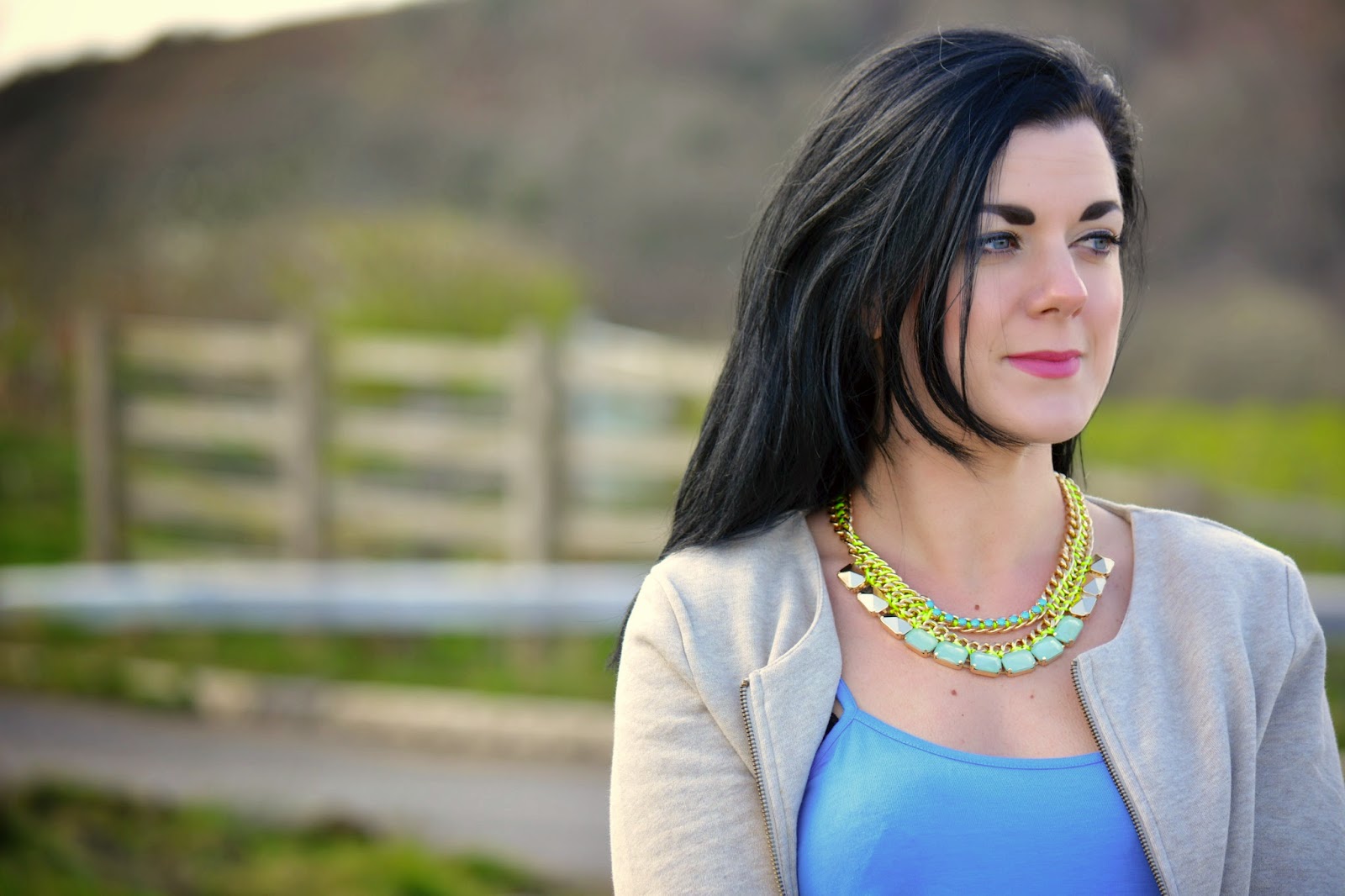 Tuesday marked the wondrous ending of my self inflicted 100 day shopping ban.
The journey has actually been a very enlightening experience, more so than i ever envisaged way back on 6th January when it all began.
If you want to know why i started, well that’s quite simple; I bought way to many clothes mostly, i shopped way to much and actually needed very little. You see, blogging your outfits can do that to you, you feel the constant need to buy more and continually post new items for fresh looks. But in actual real life, i really didn’t need any more clothes.
Having never gone longer than about 3 weeks without shopping for clothes, the idea of going 100 days seemed daunting, but like something i should be able to achieve for my wardrobe and for my sanity.
So how did it go?
This is where i expected to say “OMG it was horrendous, i wanted to cave and shop, i wanted to buy lots and it was so unfair that i couldn’t”
When in reality it wasn’t like that at all.
Firstly it’s worth noting, that i have been incredibly lucky. Over the past few months, lots of wonderful brands have sent me lovely pieces to wear, so the craving was curbed slightly by having these nice new things, also having the #frockswapuk girls to swap with and have a constant rotation of new things popping through the letter box was a huge help.
But what i didn’t do was shop. And that was missed, ‘cos i actually really enjoy shopping.
What I discovered was that i like to shop when i’m feeling a bit down, shopping is a comforter to me, a pick me up or even a little pat on the back if i’m doing well, basically i used any reason.
I also discovered i shopped sales needlessly, sorting through page after page just because an email had popped up in my inbox to say there was the latest greatest sale and i just had to buy a bargain.
Don’t get me wrong at first going cold turkey was hard, i had major cravings, but like any addiction i just had to break the habit.
As time went on it actually got easier, a new habit was formed of not shopping and that became the norm.
Towards the end i definitely felt like i needed to add a few new things to my wardrobe, just simple pieces that i had noticed i was missing from day to day life. Things such as new jeans and classic tshirts but nothing major. I also wanted to add in a few new on-trend pastel colours as i have none.
But now i am able to shop, something has happened, i feel weird actually buying things (its the new habit that’s formed)
For the last 100 days i saved at least £1 a day, and when i cashed it all in I had actually saved over £130 to shop with, which felt fab to see i had accumulated that money and to know i could guilt free shop having saved a mere quid a day.
Problem was, i wasn’t really loving anything. Don’t get me wrong i’ve only tried a few of the old haunts such as Primark and New Look, but in general i haven’t found anything that i really love, and that seems to be my new requirement for shopping and buying. If i love it, then it gets to come home with me. If not, then it stays. I’m apparently a lot more cut throat with clothes.
You may have seen this haul yesterday on Instagram from my Primark trip, but having gotten it home, i’ve decided to take most of it back on Monday when i’m next in town. Again i just don’t love much of it.
So far the pieces i have liked that i’ve bought and will be keepers are; a pink hoodie (bizarre i know, not really a #fblogger piece but hey i love it!) and a pair of neon shoes which stole my shoe lovin’ heart.
Apart form that, meh.. nothing to write home about, or blog about as the case may be.
Tomorrow i am on the look out for a great pair of summer light jeans, so far having looked in numerous places i’ve not found ‘the one’ but i’m sure they’re out there somewhere.
I’ve also been looking for summer clothes as this time last year i was 2 stone heavier and basically have not a lot for the Spring/ summer.
Plus the whole style-volution I’ve had over the past year has made me look at clothes differently. My wardrobe is not longer 80% dresses, surprisingly dresses seem to be the last thing i look for lately, with jeans and blazers being top of my most wanted list.
But with going in to Summer i have a bit of a dilemma, what to buy, what to wear…any suggestions? Are you loving anything this season?
So there we have it, 100 days of no shopping in a nutshell.
I have to say i would actually do this again (i can’t believe i actually just said that)! I would do it perhaps Aug/Sept time possibly and save on the run up to Christmas.
But for now, if you want me, i shall be perusing the jeans aisles trying to spend my little pot of saved gold 😉

So over to you ladies, have you ever done a 100 day no spend? And if not have i convinced you that maybe it would be worth a shot? 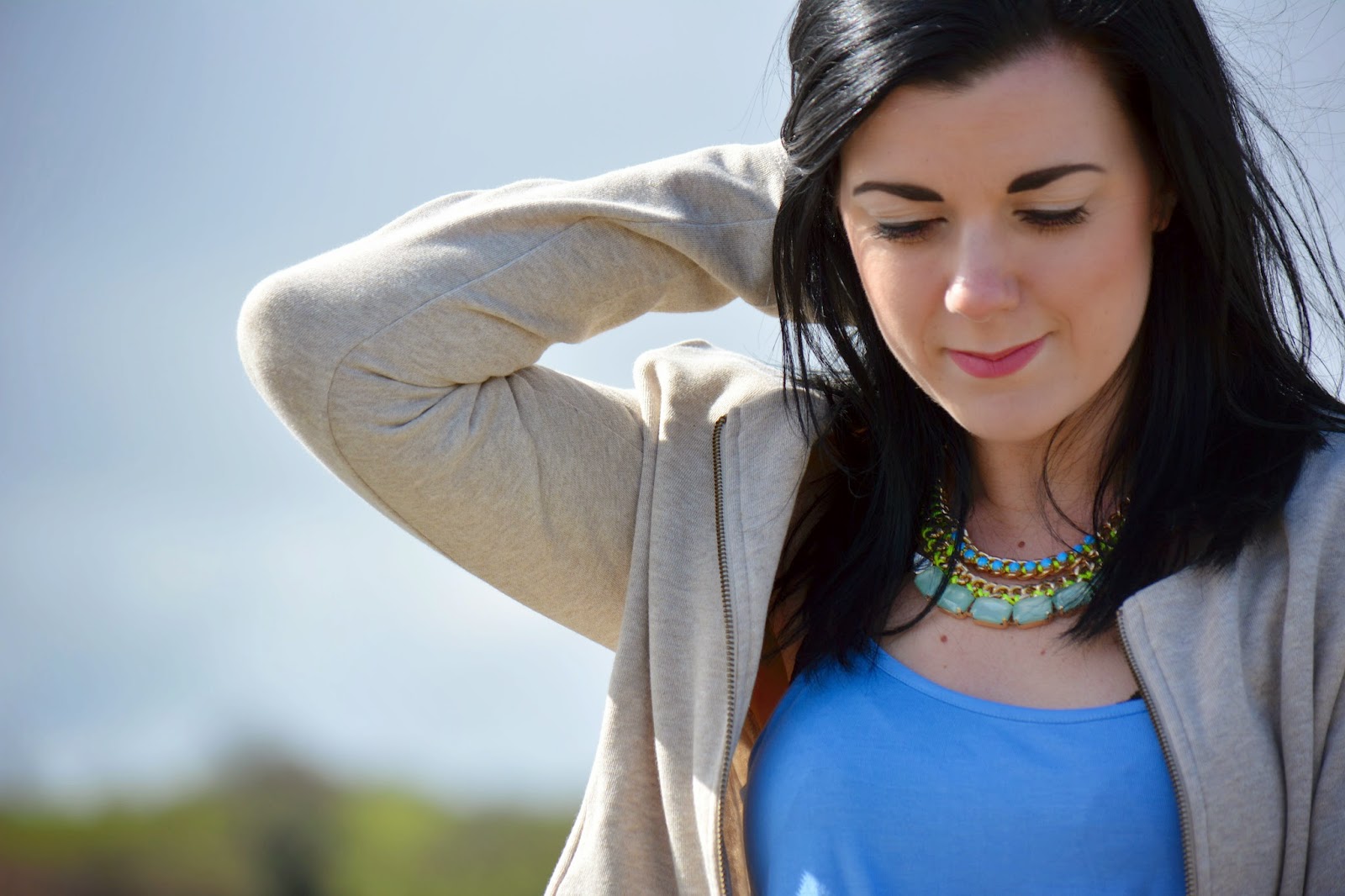 Ps
A big thank you to my fellow no spenders Lena, Ashleah, Donna and Debbie who were always there on Twitter for rants and wishlists
And also thank you to all of you who ahve given kind words of encouragement over the last 100 days. You guys are the loveliest readers a girl could wish for… i feel a thank-you giveaway is due 😉