I feel a style progression happening lately. I mentioned back in april that i was going through a bit of a transition, and i guess really you never stop changing, and that to embrace the change and go with it. That is definitely more of how i am dressing lately. I don’t think im sticking to one particular style, or limiting myself (as i have been known to do that previously) but opening my mind to trying new styles and im actually enjoying picking new clothes and styles out for myself. It makes for a more interesting collection, rather than just a row of floral dresses (which i have a TON of!) 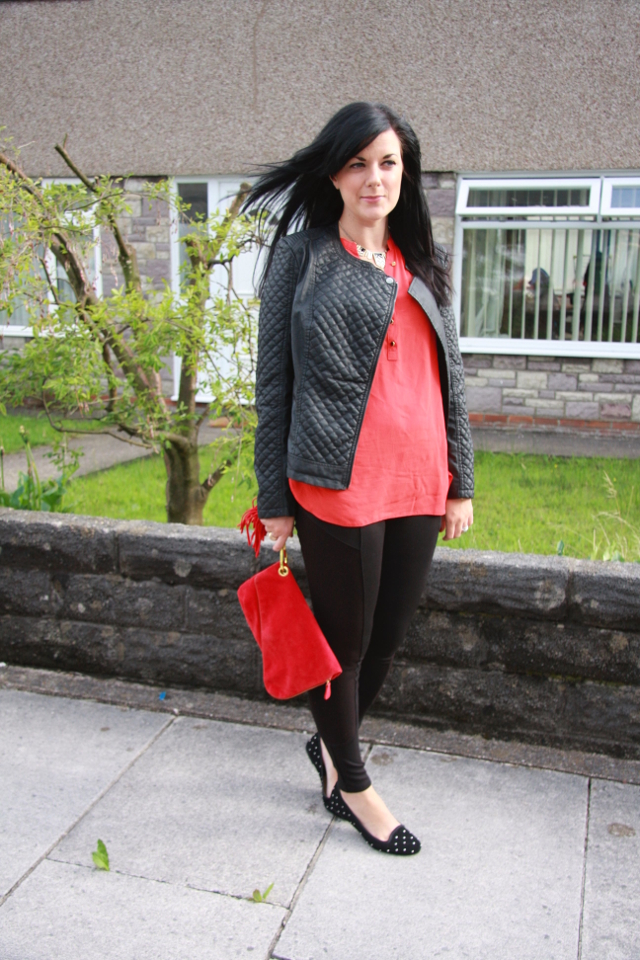 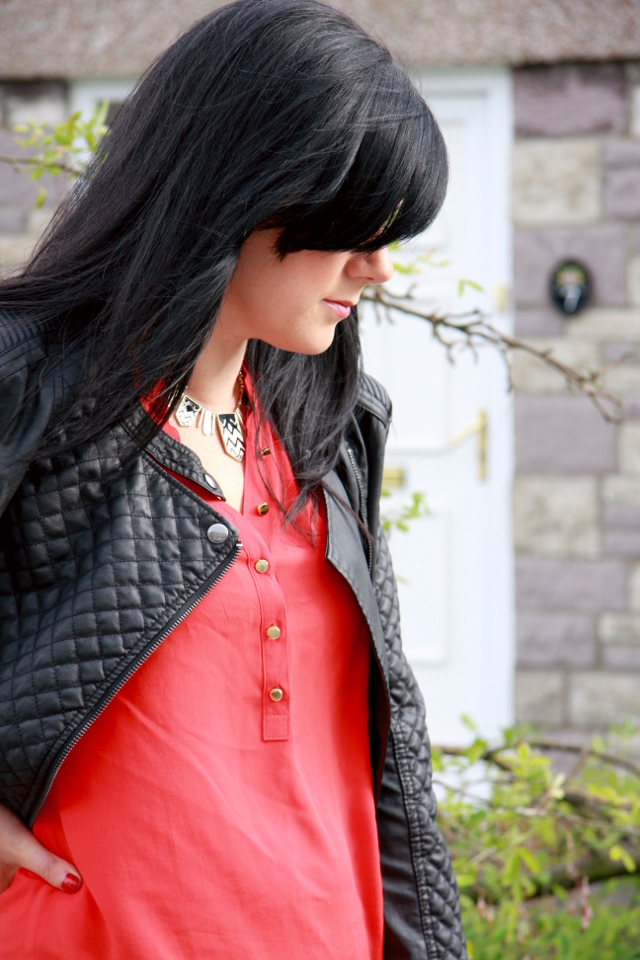 Something i had never really dabbled with before is the slightly edgier look, and sleek lines. I was alll about the girly twee previously, which i still like but im excited to try different ways to wear items. I am loving biker jackets, studs, and i don’t think i’ve ever been so in to black, which feels bizarre for me as i used to be allll about the colour, but lately, black with the right accessories feels gooood.

Do you have a particular style? Or do you dabble in a varied way of multiple styles? 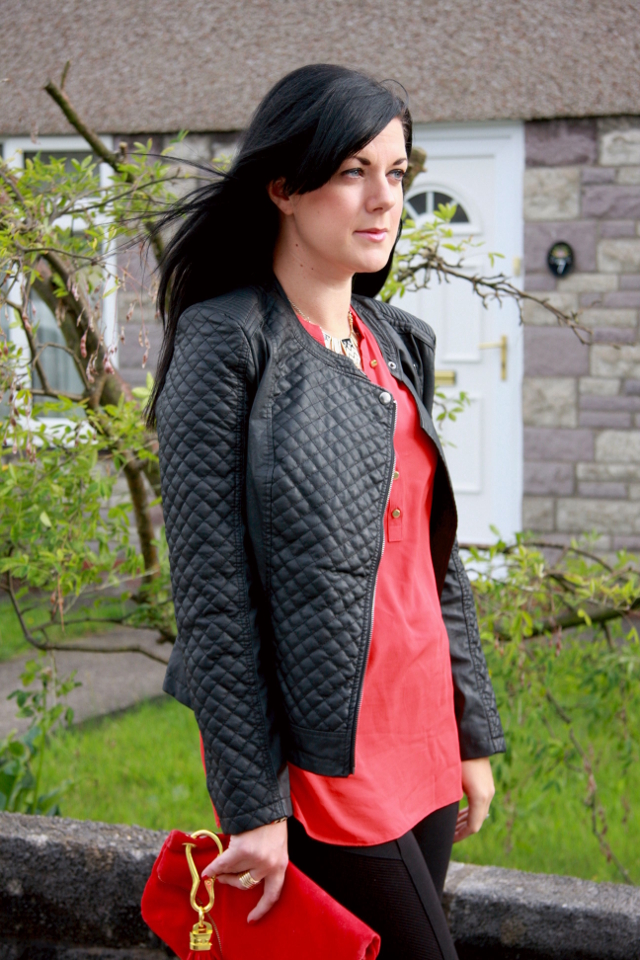 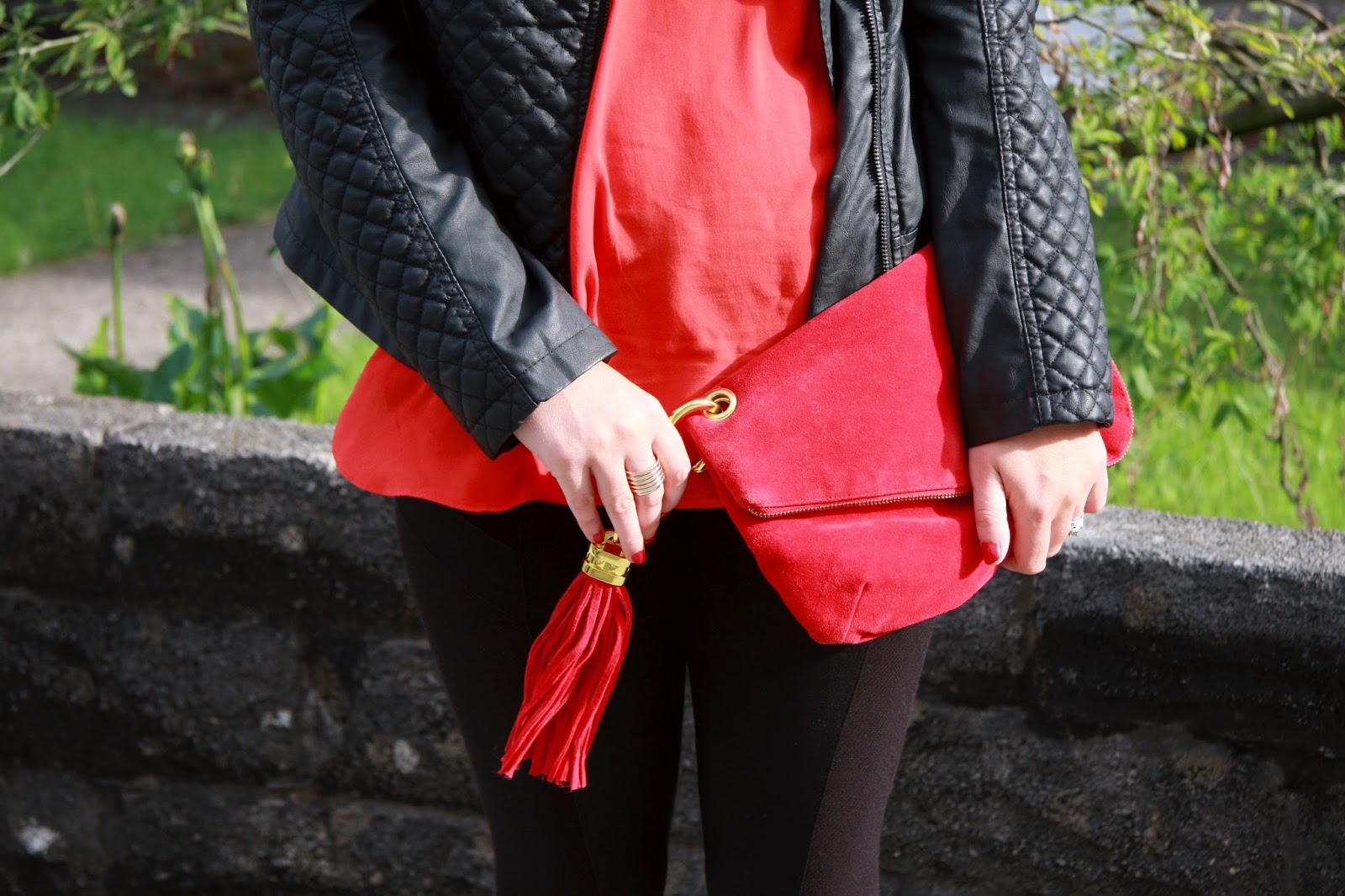 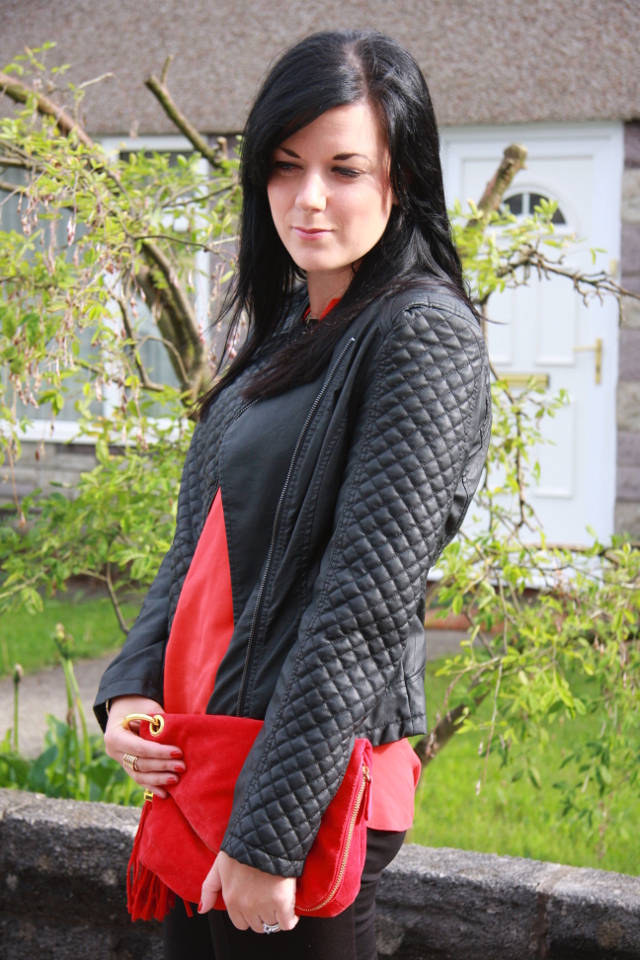 Hubby bought this jacket for me last week, and we actually bought my step daughter nye on the exact same one, i went to put the jacket on just before leaving to go for yummy indian food with the girls from work and the jacket felt a wee bit tight and the sleeves were up my wrists. It did not fit like that in the shop… it actually took hubs to say  “you have Mia’s jacket on!!” before i even realised, haha! I’m such a dope! But on a plus note Mia and i will totally be ble to share clothes soon as that age 11-12 almost nearly, fitted. Heehee! 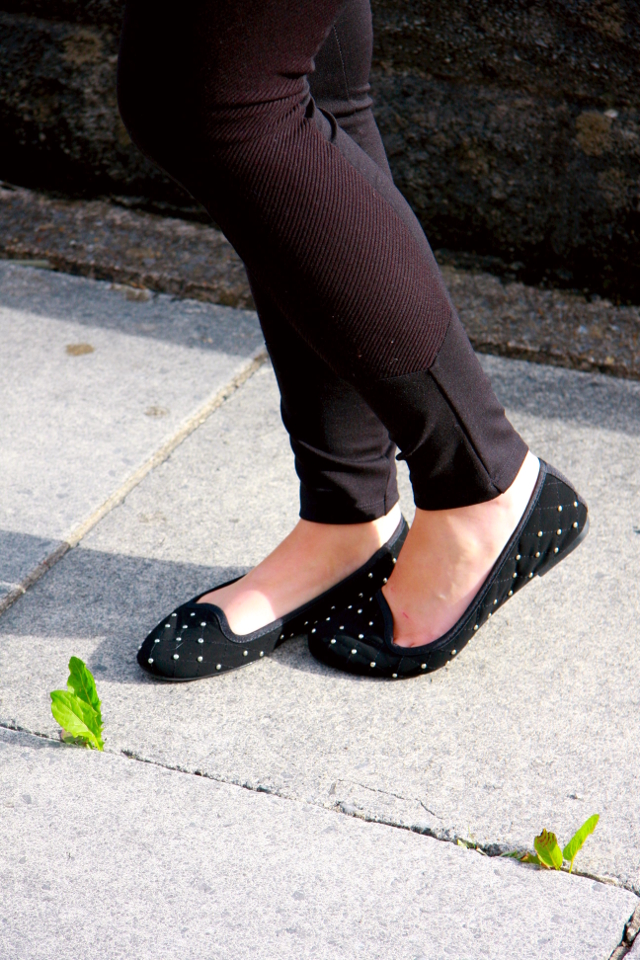 This is also the last outfit before my hair cut (which was today) i’ve had a fair old whack off the length and lots of layers put in. I like it, it feels lighter and easy going which is what i am all about! Im looking forward to trying some different styles for shorter/mid length hair, any one have suggestions? 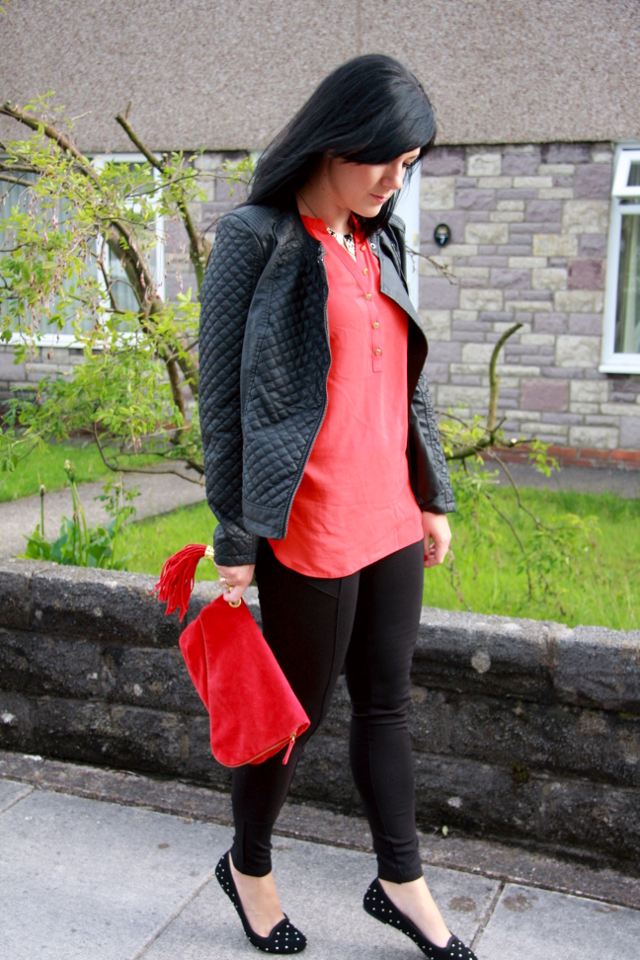 Ps also, leggings as trousers, controversial non? Hit me with your feeling on this as i know its like marmite, like or loathe!!