Lately I’ve been watching lots of great films. I Love anything that was based in eras gone by. I love to study the costumes and try and think how i could recreate outfits reminiscent of different periods in time, its a fun little mental game of mine that i like to play.
Over the past few weeks we have watched all the Indiana Jones films with the older kiddos. I believe the films are bases around the late 1930’s, so elbow patches and bow ties, tweed jackets were key for the Professor (when he wasn’t on his “field work”lol).  I just love the formalness of the menswear and women’s wear of the era, i’m trying to convince my hubby to don a bow tie and blazer more often, it is such a good look,heehee!!
Not long after i had watched the Indy films a really cool company called Swagger and Swoon contacted me. It was like they had read my mind! This company sells the most amazing Bow Ties, scarves and formal bits and pieces. Their selection is out of this world! Think polka dots, fancy pants, funky, retro, every type you could possibly imagine, and they do ties for men, woman and kiddos (take a look at the ladies Bow Ties, they have an amazing selection here)  I got the chance to choose one and i was so super pleased with my choice! …. Welcome to The Green Velvet Bow tie! 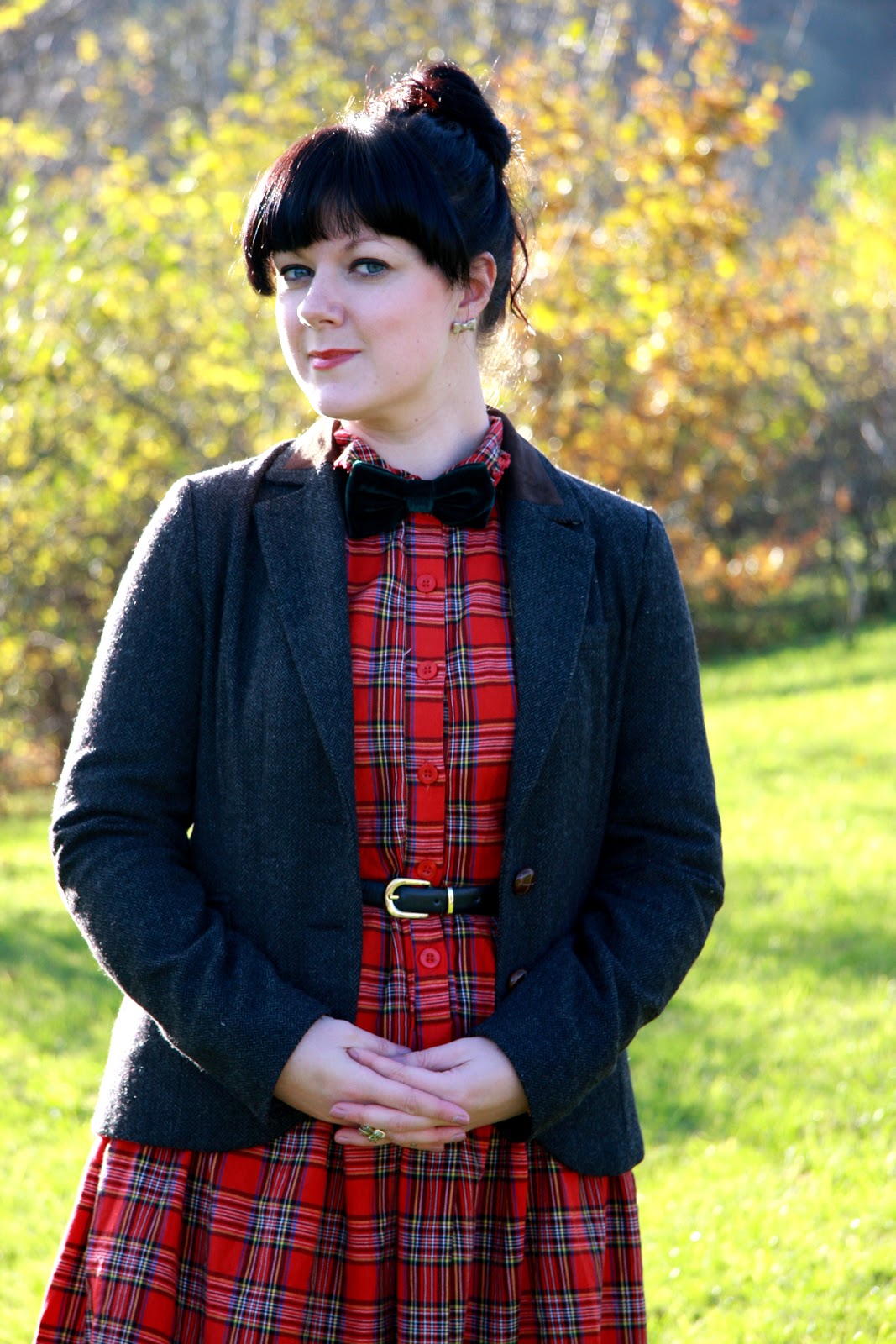 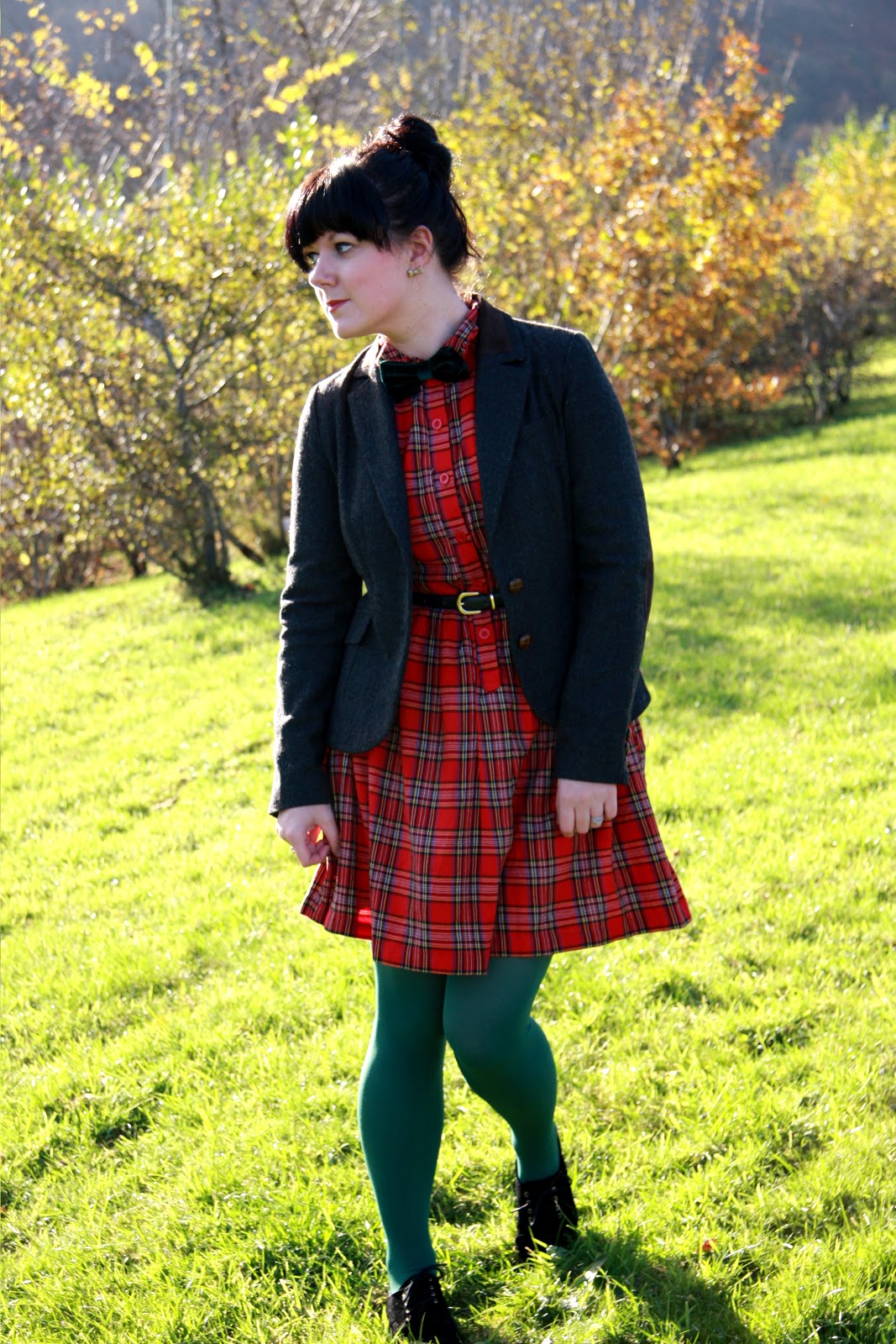 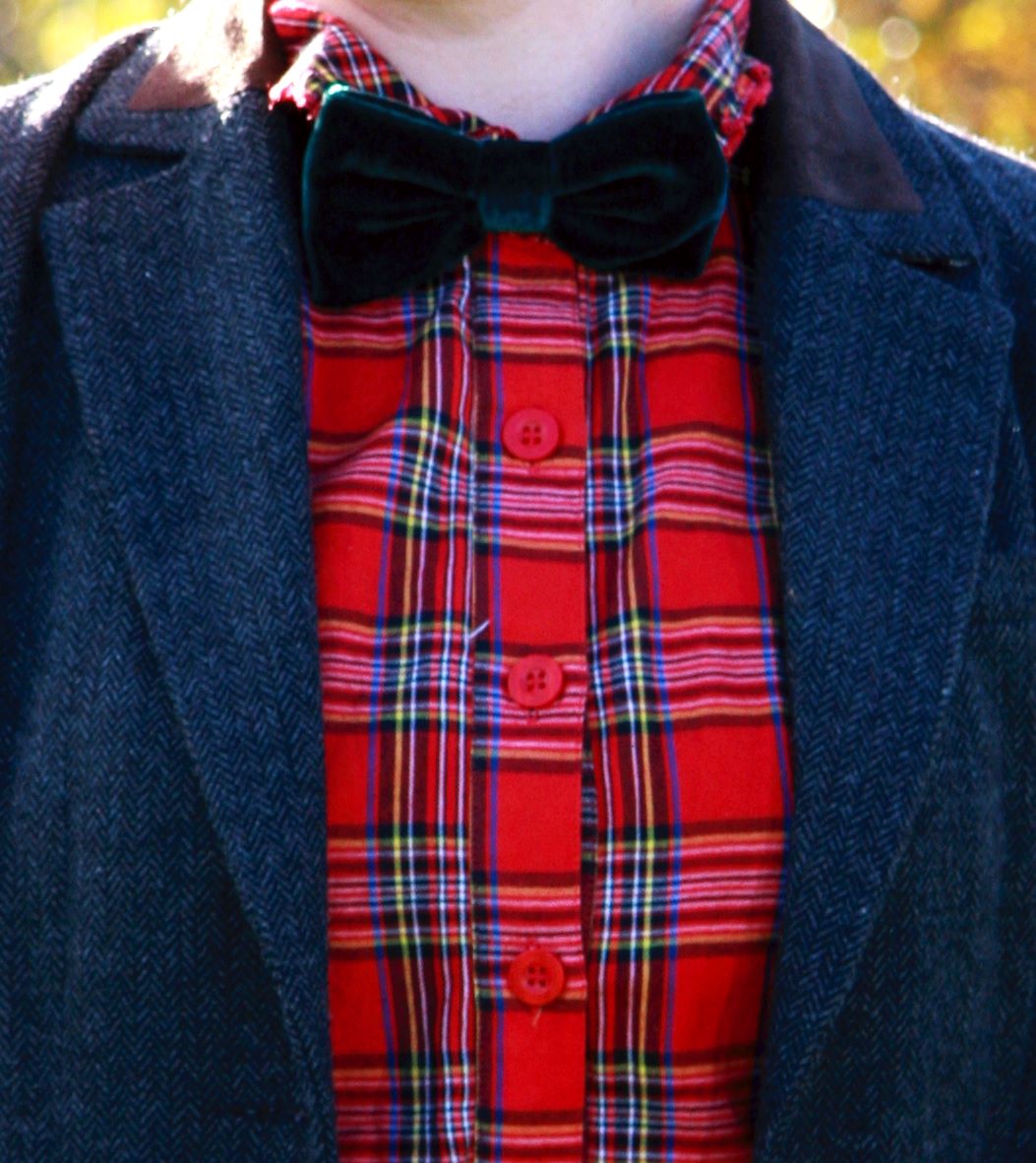 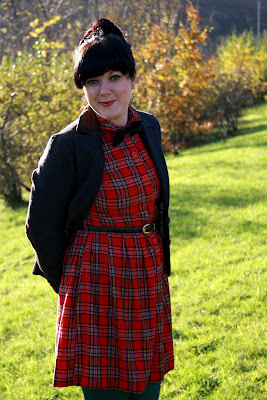 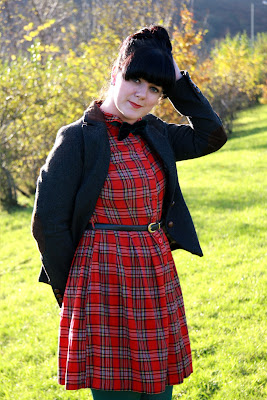 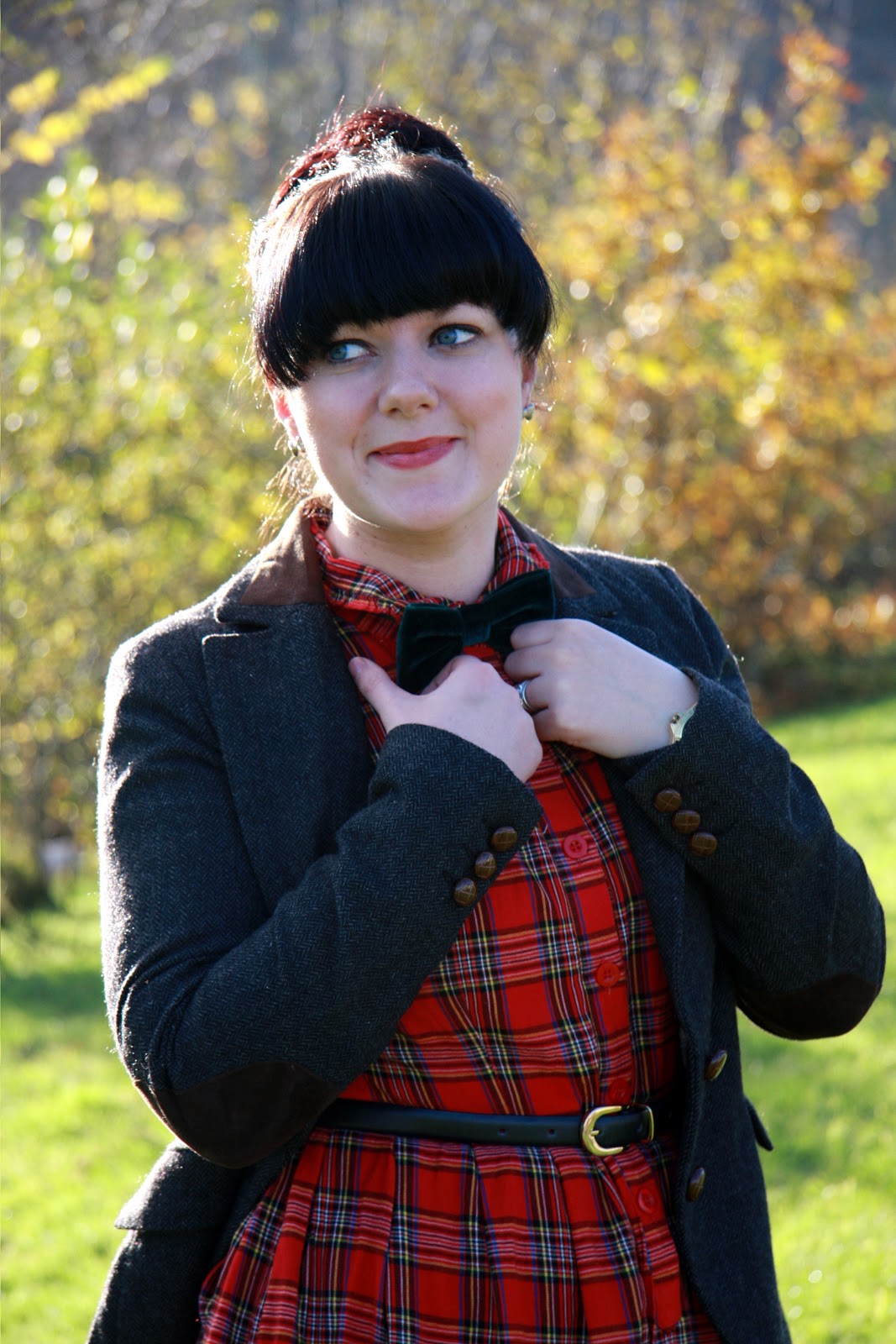 So i paired my green velvet pretty bow tie with my tartan dress, blazer and brogue type shows, for the masculine meets feminine meets 1930’s Indy tribute 🙂 And it was fun! even Paul said it was a good look… I looked real fancy pants for our usual walk round the lake this particular afternoon, but i think people don’t dress up enough these days. Bring back more Bow ties and Bowler hats i say! Its so much more fun!

Have you ever worn a bow tie?

I have to say i am completely enamoured with this beauty… i will most certainly be adding a few more! Hey, it could become my newest collection! 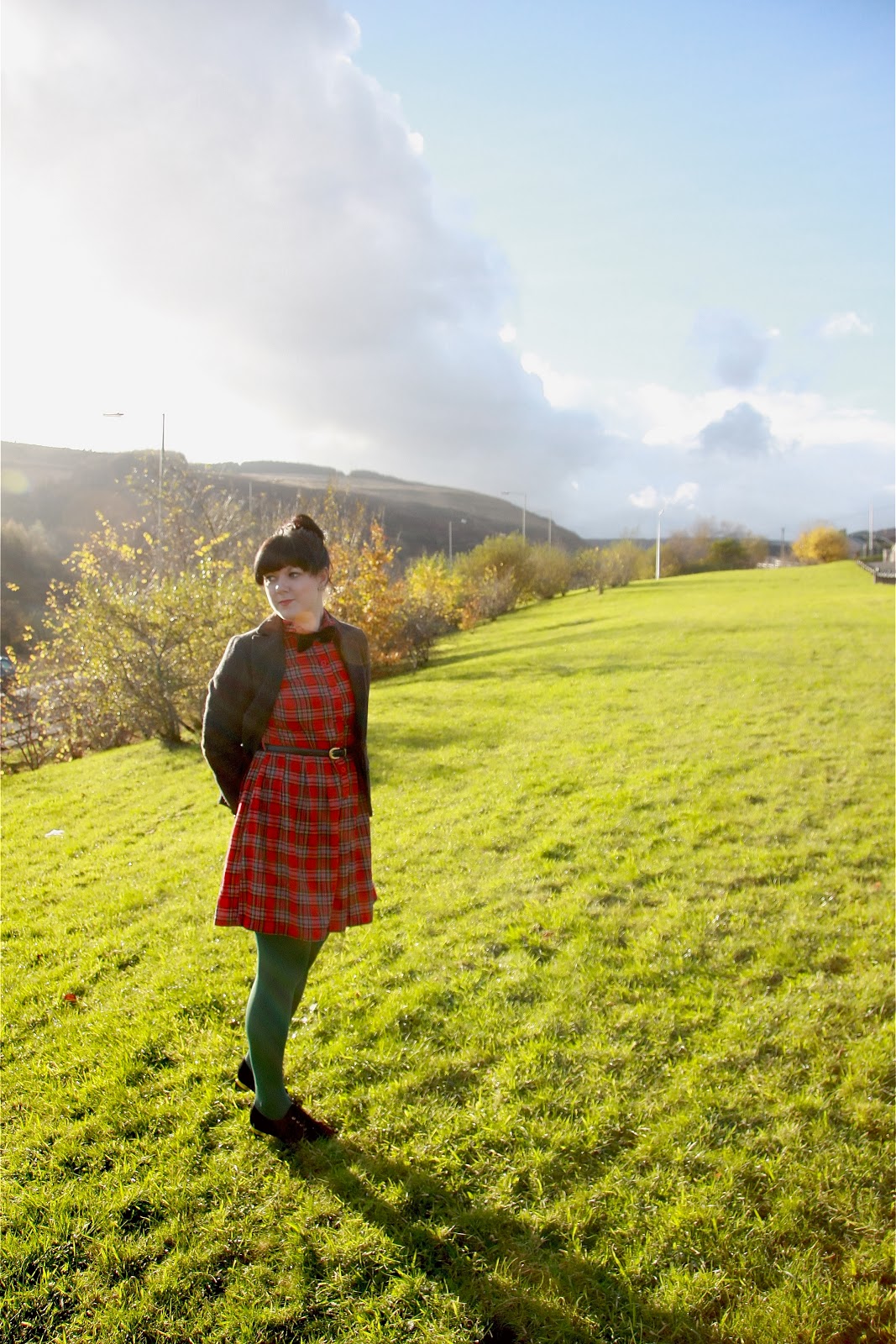